Must Be Present To Win 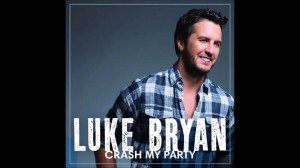 What does Luke Bryan have to do with “Must Be Present To Win?”   Those who know me won’t be surprised when I explain.   This post is obviously about winning.   Jan and I were in the car the other day and I mentioned that I was really getting tired of the song, “Winner, Winner, Chicken Dinner.”

“I don’t think I know that song?  Who sings it?’  I was confused by her response since she is a county music fan and knows all the current songs.

I tried to sing a piece, but she still had no idea about the song.  I decided to Google it and let her listen to the chorus, so that she would be terribly embarrassed when she realized she knew the song.   I found it and played the snippet of the song I found.    I then discovered that the song is That’s My Kind of Night by Luke Bryan.  Here are the lyrics:
‘Floatin’ down the Flint River/catch us up a little catfish dinner/gonna sound like a winner, winner.”   So, I had it almost right.  And, she did know the song, of course.  I still haven’t lived that one down.

On a more serious note, two years ago I attended a day conference here in Charleston presented by Google.  As a surprise, they donated two newly released Samsung Galaxy Android Tablets.  The first was given away at noon and the second at the closing session of the day.  I had an appointment that couldn’t be changed, so I left just as the last half hour of the session started.

When I left my appointment I had several text messages and a couple of phone calls telling me that my name had been drawn to win the tablet.  HOWEVER, YOU MUST BE PRESENT TO WIN!   As you can see, I am not over it still.

You may know that it has been a rough few weeks.  Several things are going on, but primarily I am struggling because my car died.  Living in Charleston (very little public transportation), tying to go to school and work, and do all the other things I do is now a true challenge.  I have cried, screamed, and prayed a lot- trust me!

Yesterday, I received a call from the local pharmacy where I fill my prescriptions.   They announced that there had a been a drawing from all the people who used the online refill email last month, and I was the winner.  My prize is two tickets valued at $20.00 each to a trolley tour around Summerville on what is known as the Sweet Tea Trail.   While it isn’t a Samsung Tablet, I did win.  As odd as it many sound, that phone call changed my mood.  I didn’t do anything to earn this prize nor do I really deserve it.  I won simply because I did what I needed to do.

I began to think that life is like winning both of those prizes-you must be present to win.  If I choose to withdraw and be miserable or simply focus on the negative because I don’t have a car…or money…or my own home…you get the idea, then I lose.  I can’t enjoy those things that make life worth living…family…friends…laughter…you get the idea.

Being present simply means getting out of bed each day, doing the next right thing, being part of the lives of the people I love, laughing out loud, acting like a kid, working, going to school, helping where and when I can, having faith that God is present in my life no matter what the circumstances, and praying.   Some days I am going to be more present than others; we all have those days when we need to retreat and regroup. We might even need to cry sometimes.   A friend told me that everyone has a bad day; you just don’t want it turn into bad weeks and months.

Today, I have been present.  I got up early because I didn’t sleep well, but used the extra time to get a few things done.  I went to school with all of my assignments for the day complete.  I met my friends for lunch.  We talked and laughed and just enjoyed hanging out.  Right now I am supposed to be working on ten short summaries of essays for one class and critiquing three stories for another.  Instead, I decided to write this blog post, first.  (Please don’t tell on me!)   I doubt I will have chicken or catfish for supper today, but all in all, I would say I was a winner.

What did you think? Cancel reply 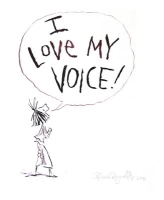 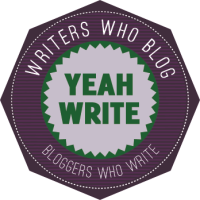